You Don’t Have To Be "Amazing" To Have A Great Dating Life. But There Is One Mistake That You Cannot Make.

A FEW WEEKS AGO, I was working with a guy who always ended up chasing and losing every woman he dated. He felt like a loser.

So he tried learning sleazy “techniques” and ended up worse off than he started.

Before that, I was working with a guy who felt he didn’t know how to flirt. He couldn’t “do that thing” other guys could do, and was always “just a friend.”

So he obsessed so much over being funny that he could never get out of his head.

My first client ever was a guy who felt that he was fundamentally unattractive. And, if he didn’t like himself - why would anyone else?

So he gave up and said he didn’t give a damn about women. Or at least, he pretended he didn’t.

Each guy had one thing in common. The same thing everyone, man or woman, has in common when they struggle with dating.

The truth though is a little different.

Whether we struggle to handle our neediness, express our sexuality, or just be attractive - the truth is that we’re the only one getting in our way.

We think "I don’t need dating advice", or we don’t want people to know we read it, or we think it’s gross and creepy and manipulative.

But in truth, it just gets a bad wrap. Good dating advice starts with a simple premise:

Dating is just a process of meeting women and genuinely connecting with them emotionally and sexually. And the only barriers to that are the ones you’re imposing upon yourself.

Firstly, figuring out the ways in which you are an obstacle to yourself is better dating advice than ANY technique.

Second, Fixing these things not only improves your ability to date, but also meet the right women, have a great sex life, and have rewarding relationships.

But third, and most important, there are little to no techniques to learn in order to do fix these things. It is an emotional process that is unique to you.

One that embraces your values, boundaries, interests, sexuality, and independence.

In other words, good dating advice isn’t about manipulating women. It’s about fixing you.

Having a dating life that’s even moderately functional can sometimes seem impossible.

You look in the mirror, and all you see is someone that nobody would want to go out with. Or, whenever someone does come along, you start acting bizarre and screw it up.

This makes you feel miles away from ever handling this part of your life.

So maybe you start chasing an idea of "a player". Or maybe you give up.

The reality though is a little different. You don’t have to chase an idea, and you’re actually a lot closer than you think.

1) You don’t have to be rich, famous, or a male model. You just have to be above average.

Women’s standards aren’t as high as you think they are. They aren’t looking for a Mr. Confident, Rich, Playboy, with chiseled features and washboard abs.

They just want a guy who’s not a pushover, has his life together, takes care of himself, and is nice to cuddle and eat ice cream with.

2) You don’t have to be incredibly charismatic, sexually confident, or “not give a fuck”. You just have to be doing a few basic things right.

No guy I know who has a great dating life is James Bond. They aren’t smooth, they don’t handle conversation perfectly, and they don’t like it when they get rejected. Unsurprisingly, they’re human - with all the flaws and imperfections.

But if they aren’t the super confident myth of a player, how do they have a great dating life?

They already have point 1) down. They take care of themselves and are (probably) nice to eat ice cream with.

Then all they do is they live in a way that stacks the odds of meeting women who like them in their favor.

And guess what, this isn’t hard to do either.

One of (if not the) most important thing in your dating life is who you are.

And I don’t mean ‘are you attractive?’ I mean - who are you?

Because who you are determines what kind of women you will meet and have relationships with.

If you prioritize attention from women over what’s important to you and what you won’t tolerate - you will only ever meet women who treat you like shit.

(Guess how that’ll make you both feel?)

If you act in a fake way to impress women, you will attract women who feel like they need to be entertained and are attracted to a version of you that isn’t really you.

(Guess how that'll make you feel?)

But if you’re emotionally honest, you won’t tolerate (or will scare away) women who aren’t.

And that’s a good thing.

Understanding who you are and respecting that above your need for emotional validation from attention or sex is the best way to increase the quality of your relationships with women.

It’s about learning to reject every single one who is wrong for you so that all you’re left with are the ones who are right.

Do You Really Have To Change Who You Are?

Getting good at these three things is just a process of learning to get out of your own way.

It’s just a step by step process of unleashing what you already know how to do.

Remember that guy I was working with who chased women away? He now goes on dates and decides if he actually likes them.

Remember that guy I was working with who couldn’t flirt? Turns out he could flirt better than most guys he’d met.

Remember that guy I was working with who thought he was fundamentally unattractive? He now has one of the coolest lives I know.

Now, these guys fixed what they were struggling with, sure. But more importantly than that - they became genuinely happy with their dating lives.

One that wasn’t in their way.

Which is exactly what this course helps you do.

Over 30+ lessons, the course helps you learn to take care of yourself in a way that is fundamentally attractive. It teaches you how to remove the roadblocks to your sexuality.

The course shows you the steps you need to take to meet and connect with great women. Not in a generic, “pick up” kind of way, but in a way that you tailor to yourself. And most importantly, the course shows you how to put yourself first, and in doing so, meet the right women for you.

It doesn’t matter whether you’re a guy who’s been trying this stuff for years or a guy who’s never been kissed. Anyone can do it.

The dating course is a simple 30 lesson program that takes you from not knowing anything about dating, all the way to knowing everything you need to know.

It isn't filled with unnecessary techniques or complicated theories. It's just a simple, step by step process, that helps you learn what you need to learn and do what you need to do in order to get out of your own way for good.

This course is about showing you how to do this by teaching you the essential skills you need to learn, helping you build a more rewarding life, and getting you in touch with your sexuality and your identity so that instead of hoping she likes you - you’re going on dates wondering if you like her.

The dating course does this across:

But what I’m most proud of is this:

The course is designed to find your weak points. If you’re holding yourself back in any way, it will help you find them.

And the solution will just be a lesson away.

Alongside the main course, you also get access to:

Check it out below...

All of which builds upon the lessons of the course itself. So the more you do, the better your results will be. 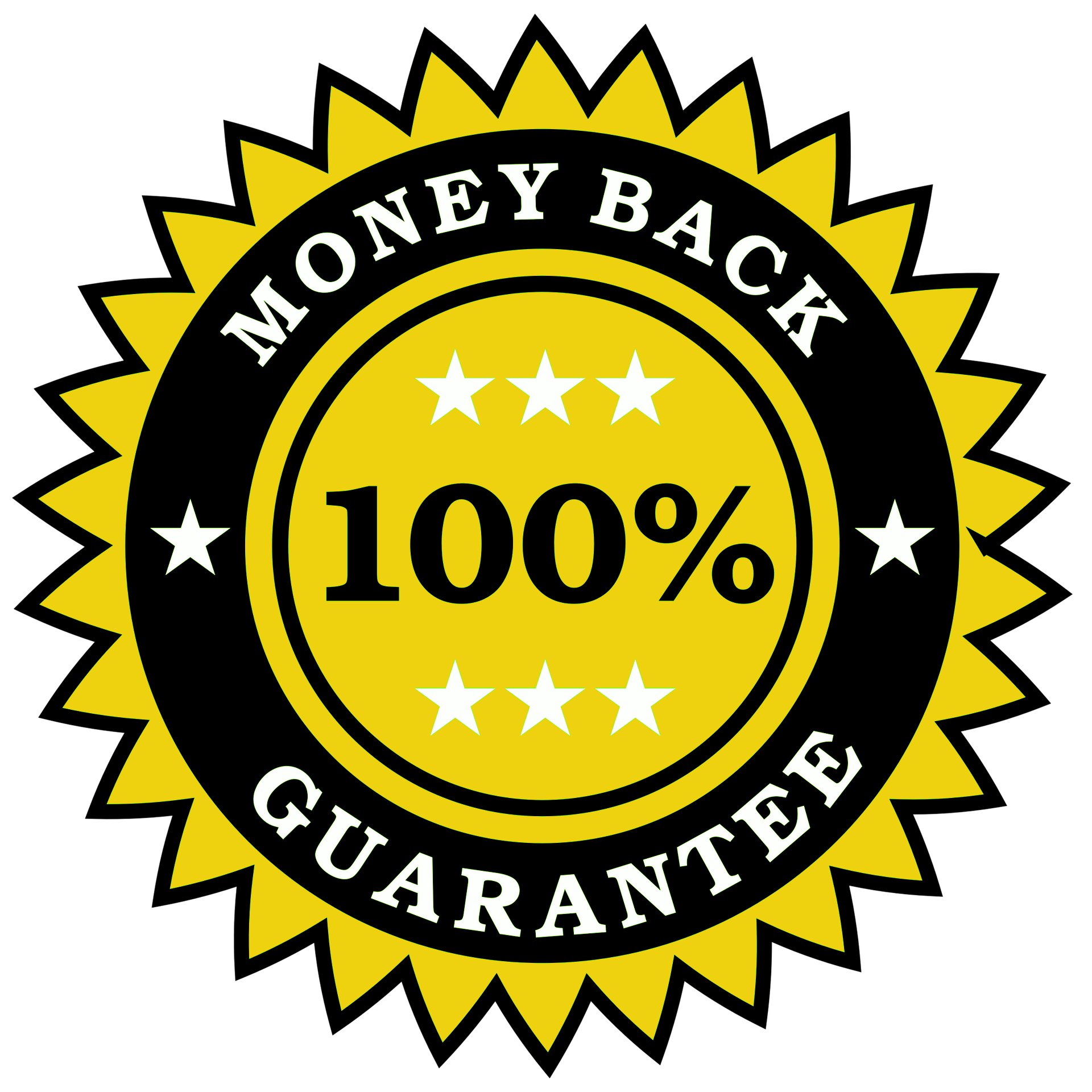 No headaches. No questions asked.

My courses come with a 60-day 100% money back guarantee - so your experience is risk-free.

Within the first 60 days after your purchase - If you decide the dating course isn't for you, drop me an email and I'll issue a full refund. Simple as that.

What are other people saying about LIFE UNCIVILIZED?

'... After just a few hours I had a clear idea of what changes I needed to make and had a road-map of tasks and goals to do so. Through acting on what Visko helped me discover, my life is steadily improving.' – Jeff – 27 – New York

‘... Visko helped me realise things I didn’t know I wanted or the reasons behind why I wanted something... Now it’s up to me to make what I want a reality.' - Elliot – 25 – London

'Visko helped me find the limiting beliefs that were holding me back. Now I have a plan moving forward and know exactly what to do, and I'm feeling very confident about the future.' - Jacob - 22 - Austin

‘This is clearly a very well put together programme, professionally finished, and Visko’s flair for the anecdotal helped take the pressure off. If you’re feeling hesitant – don’t.' - Greg – 28 – London

'Working with Visko was hands down the best thing I could have done! He quickly helped me to identify what my key issues were and showed me how easy it was to change them, providing simple and achievable steps that I could start making that day.' - Lily - 30 - Cardiff